School of Social Sciences of the Mahatma Gandhi University (MGU), closely situated and in many ways related to the Theology Centre has of its own accord, accredited the latter to it. This is clearly both a recognition and an acknowledgment of its worth and achievements.
Subsequently the Mahatma Gandhi University has formally recognised Jeevadhara Department of the Theology Centre as a "Socio-Religious Research Centre". The Centre was recognized by the University as a 'University Centre for Socio-Religious Research' on 24th November 2001. Proper facilities and required staff are now available for the Ph.D Programmes. Hence, it will start admitting candidates for Ph.D from June 2002.
The centre was formally inaugurated, on June 3, 2002, by the internationally known scholar Dr. U. R. Ananthamurthy, at the meeting presided over by Dr. Cyriac Thomas, the present Vice Chancellor of M G University. 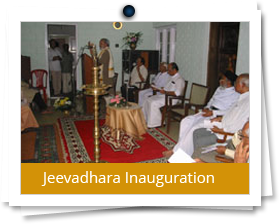 Recognized by The Mahatma Gandhi University 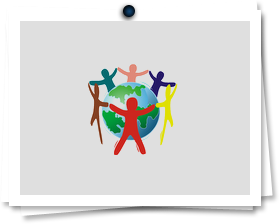 One Humanity, One History, One Destiny

“Theology Centre” was founded in 1950 by Fr. Constantine Manalel with an informal educational programme by reorganizing a Students Organization called KCSL and founding a Teachers Guild both on an All-Kerala basis and a Theology Course for Laity for post-graduates in India. With the publication of Jeevadhara, an International Journal of socio-religious reflection in 1971 and with the organization of the “Indian Theological Association” in 1976 the Centre became the nucleus of contextual theology in India.

As per our application, the Mahatma Gandhi University recognized Jeevadhara Centre as a Research Centre of the University in the discipline of socio-religious studies on November 24, 2001. JCSR is conceived as an interdisciplinary research centre seeking to generate new knowledge in the frontier areas of the socio-religious interface, with the full recognition that interdisciplinary research is not just the joining of two or more branches of studies but creating a new realm of inquiry beyond independent disciplines.

Our vision is a new humanity with justice and freedom for all. Religions, philosophies, sciences, technology and all other human endeavors should join hands to create a new society. India is a land of deep religiosity which is rich in diversity. Various religious traditions enrich the religious wealth of our country. Situated in the South West corner of India, Kerala has a unique history shaped by the confluence of many religions and a great variety of scientific disciplines.

In all the endeavors of Jeevadhara Research Centre, the human being and the human society continue to be of prime concern. Its research projects and activities aim at a new humanism not just in theory but in practice. If religion does not serve humanity and the well-being of the whole cosmos, it is today irrelevant. The Centre will remain faithful to the scope and goal of Christianity, namely, to establish communion with all believers and all religions in order to resolve the existential riddles of life so that all humans of their own accord be brought into the divine fellowship as brothers and sisters and the world itself be transformed into God’s Kingdom in the final realization of the original goal of creation.

JCSR proposes to encourage research on religious issues emerging from the lived experience of people of all traditions with a liberative perspective emphasizing an interdisciplinary approach. We do not, however, seek to tag knowledge to mutually exclusive areas of specialization, since all of them converge on the domain of JCSR’s active concern. It is imperative in our times to rethink as reflexively and critically as possible the ways and means of organizing knowledge, whatever is the subject or area of study. JCSR seeks to function as an institutional base for rethinking how the academic world has been relating society with religion and religion with culture and politics. It seeks to review theology with critical social theory and sociology with spirituality for gaining better insights into the predicament of today.

JCSR emphasizes that the ultimate goal of all religious experience as communion with the Absolute is inseparably linked with the realization of one humanity with the ideals of equality, fraternity, justice and universal harmony. It intends particularly to try to convince the researchers that the usual theoretical empiricism will not do in understanding the socio-religious and community processes of today’s world. They have to be trained in reviewing the pretensions of authority, authenticity and legitimacy which their representations embody and in recognizing the discursive dimension of their own narratives.

Our primary orientation is to help scholars, especially candidates for Doctorate in socio-religious studies, to be committed to a radical transformation of society by a triple dialogue with the poor, with their many religions and the plurality of their cultures.

For admission to the Ph.D. programme, the candidates should satisfy the admission requirements of the M.G. University doctoral programme. Admission is given by the University on the recommendation of the Director of the Centre, and the procedure is as follows:

The following Guides of the Centre are recognized by the M. G. University: (1) Prof. Kuncheria Pathil, (2) Prof. Mathew Paikada, (3) Prof. Paul Pulikkan, (4) Prof. Vincent Kundukulam. The candidate chooses the guide for research from among these guides.

MGU offers Scholarships to deserving candidates. For Scholarships, kindly apply to the Registrar of M.G. University, once the official promotion is given to Doctoral research.